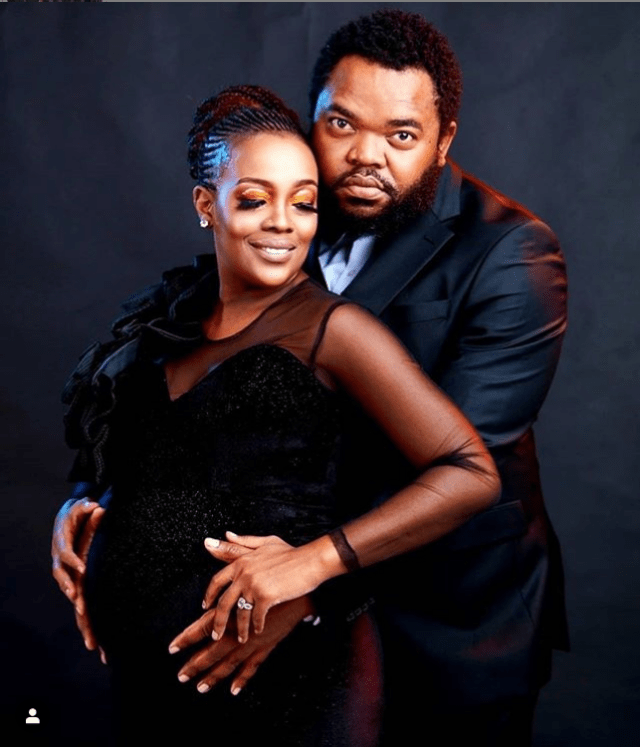 ExQ affectionately known as Mr. Putit and his beloved wife Mandisa are expecting a baby. The couple took to social media to show the baby bump.

The two who have been customarily married for a long time decided to take it a step further last year and tie the knot. The much-loved couple tied the knot in a stylish intimate wedding ceremony which was only attended by family and friends and one year later the beautiful couple is already expecting their first child.

EX-Q rose to fame in 2000 after releasing his hit song ‘Musalala’. Since then, he has been one of the best artists in Zimbabwe and has collaborated with other local artists like Roki, Stunner, Extra Large, Ammara Brown, Jah Prayzah and Tocky Vibes. For the past three years, his music career has been flourishing, producing hit after hit. He is currently one of the finest artists in Zimbabwe. The song Wakatemba which he featured Tocky Vibes is already topping the charts on Youtube, television and radio station.

Besides being an artist, ExQ has featured on several television commercials and billboards. He is also a businessman.

Being a wife of celebrity is not easy but Mandisa seems to know how to keep herself away from the media and always keeps a low profile.

A dream couple that is adored by many people. Warm Congratulatory messages have been pouring since the pic became viral with many already naming the baby.

This couple goes on to show that love is a beautiful thing and boy do they make it look so easy.

Articles you may want to read:

IMPORTANT NOTICE:Access LIVE News, Jobs and Exchange rates directly on WhatsApp. Send a WhatsApp message with the word HIE to +263718636522 or just CLICK HERE to try it out. iHarare is now a information one-stop-shop. Please click on the links highlighted in Red to access News, Events, Jobs, Pricecheck, Classifieds, Dating and Education services by iHarare.For any queries contact us by CLICKING HERE .